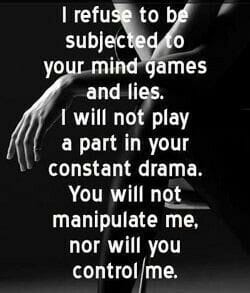 What is a narcissist you ask? I wish I would have asked – years ago! Wow, that would have saved a lot of heartache.  I was married to one – well ok, two -before I found out what was really going on. I thought I was crazy. I thought I was losing my mind – seriously.  After all, they said I was crazy. They said I didn’t know anything. They said I couldn’t remember the truth…you know right?

Ok, so 2 divorces later here I am to share with you the “wisdom” I gleaned on the way. I’m sure you have some too – feel free to leave me a comment!

Guess what – we are not crazy!

Seriously – NPD (Narcissistic Personality Disorder) is a mental condition. And requires psychotherapy. All those years I spent in therapy thinking it was ALL my fault! Honestly, you have to laugh or cry!

According to the Mayo Clinic:

Narcissistic personality disorder symptoms may include:

More Signs of a Narcissit

1. It’s all about them. You don’t exist – except to listen to them brag about how important they are. They have very over-inflated egos. They are arrogant and prideful. Yes, they really do believe their s#*t does not stink!

2. Your feelings really don’t matter to them. You could talk until you are blue in the face and they still would not understand. And most of the time they really don’t care anyway.

3. They refuse to take responsibility for anything – ever. Even if they are caught red-handed. It is always somebody else’s fault for everything bad that happens to them.

4. They lie – a lot. They really have no sense of what is true and what is false. And their lies get bigger and more grandiose every time they tell the same story.

5.  They really do believe that they are superior and better than you. That’s why they take every opportunity to point out all of your flaws. They will cut you down and humiliate you in public just to make themselves feel better. Abusers are usually narcissistic.

6.  They really are two-faced.  In the beginning they are charming, and flattering. They entice you into their web of lies. And most people who don’t know them fall for it too. But behind closed doors the ‘snake’ comes out.

7.  They are vindictive.  They never forget who hurt them and will not miss an opportunity to retaliate. It might even be years later, yet they still hang onto anger and absolutely refuse to forgive anyone for anything. If you make them look bad ever, you will get clobbered.

8. They are masters at turning the tables. They will take something they are doing, and accuse you of the same thing. For ex. My ex was lying, so he accused me of lying. They will be having an affair, and then turn around and accuse you of having an affair. When they do something it is ok, but if you do it – you are wrong and stupid, and get humiliated.

And now, some perfect narcissist songs!

“ITS ALL ABOUT YOU”

Diana Rasmussen is a Faith Builder, Worship Leader, Veteran’s wife, and a Certified Peer Specialist. At her blog Prayers and Promises she shares from her heart on how to find hope in this crazy world!

Here is your sign – No Narcissists Allowed! What is a narcissist you ask? I wish I would have asked – years ago! Wow, that would have saved a lot of heartache.  I was married to one – well ok, two -before I found out what was really going on. I thought I was crazy.…

Domestic Violence and the Workplace

Your Thoughts Are Treasures Cancel reply

This site uses Akismet to reduce spam. Learn how your comment data is processed.